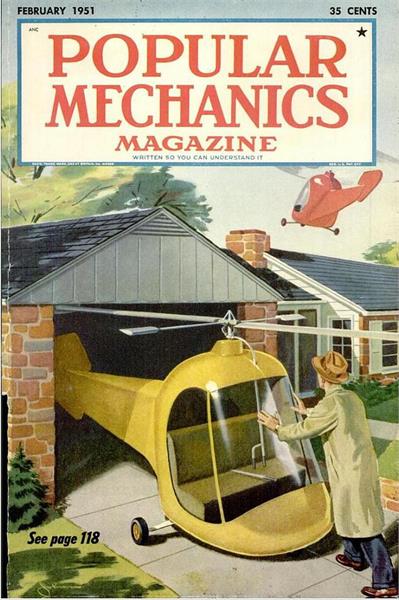 What’s going on here? We have an image of a middle-class guy in the early 1950’s pushing his flying car into a mid-century ranch bungalow. At the time this was published Popular Mechanics was the go-to magazine for futurists thinking about how technology would change society.

It is true that the early part of the 20th century saw the invention of the automobile revolutionize the way people traveled, which prior to was mostly on pack animals. The next logical assumption would be that humans would take to the sky and travel in personal flying cars.

However, it turns out there are technical and ethical challenges to a whole society of people flying around in small helicopters, and to date, this prediction has not come to pass.

Smart adoption of technology happens as a methodical process, and two key points in that journey are to: 1) start small; and 2) iterate on what has already been done.

Automatic sprinklers wouldn’t be popularized for another 10 years until the 1960s meaning that this person’s verdant lush lawn was watered by hand, presumably after they arrived home from their time-saving flying commute. Automatic timer sprinkler systems were a less complex invention to bring to the market than flying cars, also freed up time for this homeowner, and removed work from the system that likely no one was going to miss doing. Even if it isn’t sexy, automating small repetitive tasks can free up labor to work on more complex higher-value tasks.

Iterate on What has Been Done before

When the technology became popular this created the “Opening-the-neighbor’s-garage-problem”. To solve this the makers came up with the ability to change a code set by dip switches in the transmitter, and the receiver would only “listen” for that code.

Fast forward 80 years and now one can open and close their garage door using Google home while sitting at their office or the other side of the globe. The evolution of the garage door opener has come a long way from its first version and similarly, many processes and operations can be updated as technology becomes available.

The takeaway? Successful adoption of new technology is largely a function of choosing the right solution and the philosophy of the operation using it.

Want to try out technologies for yourself? Visit the Factory of Tomorrow.

For more information on this and other topics related to tech adoption for manufacturers, reach out to OMEP’s tech team.

Announcing a 12-month initiative funded by the U.S. Economic Development Administration, in partnership with Business Oregon and Pacific Northwest Defense Coalition (PNDC), to develop new markets and sales channels for Oregon manufacturers to offset the impacts of... 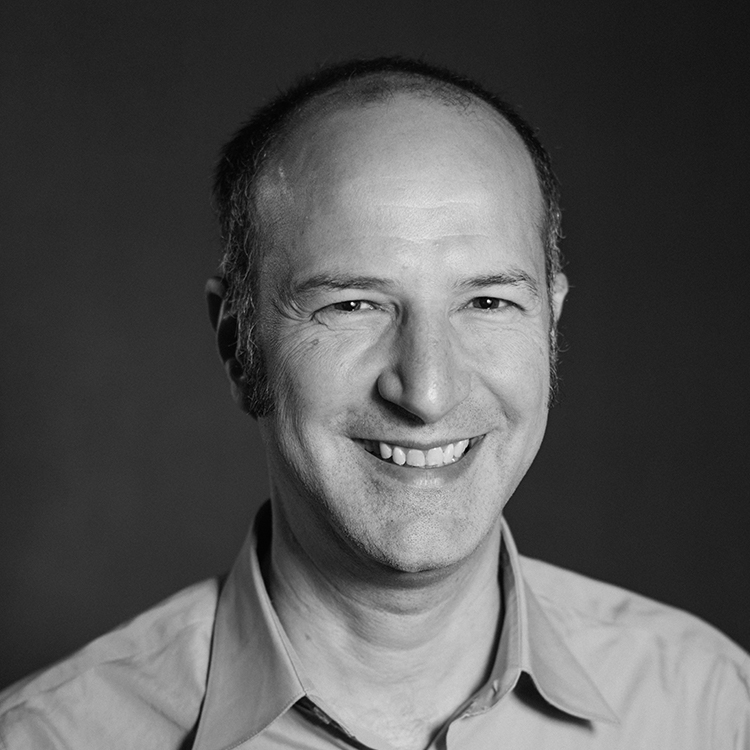 Are you trying to design a new product? Would you like to re-design an existing product to use modern technology? Do you want to find an application for a unique material you’ve developed? Do you want to build connections to federal resources that can enhance your... 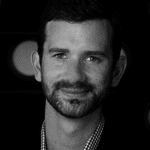 By Justin Gradek
As OMEP's Senior Consultant, Justin Gradek is responsible for helping manufacturers make technology work for their businesses. Whether navigating the modern threats of cybersecurity with clients, implementing ERP systems, or assisting with industrial automation upgrades, Justin applies the lean philosophy of waste reduction to increase capacity on his projects. With a background in lean manufacturing, Justin has experience analyzing systems and business processes within many types of organizations. He brings his analysis skillset to all client work, drawing on his dual master's degrees in economics and international relations. Before accepting the position at OMEP, Justin was a Process Improvement Engineer at Moventas Inc., a Portland-based manufacturer of Wind Turbine Gearboxes, as well as a Project Lead at Ikerd Consulting. Additionally, Justin spent several years in Washington D.C. as a policy analyst.