In May of this year, a group of Portlanders passionate about supporting the city’s Maker Movement began meeting to discuss issues and ideas; services and strategies. Their goal?

To help build and grow financially successful maker and manufacturing businesses in Portland — and in doing so, further strengthen the local economy.

Called the Portland Made Partnership, the group, which meets monthly, is made up of members including nonprofits such as Mercycorps NW, Worksystems Inc., and Albina Opportunities Corporation, for profits such as ADX and vanZoen LLC, and the City of Portland Bureau of Planning and Sustainability.

Lean business consultant Kjell van Zoen of vanZoen LLC says, “All these people are heavily involved in the maker movement, but there hasn’t been one umbrella under which we can meet and talk. So the idea is to use Portland Made to provide that umbrella.”

The Portland Made Collective (PMC), a digital platform and advocacy center, has been in existence since 2013, with its current 50 members made up primarily of makers and artisanal manufacturers. As an extension of the PMC, the Portland Made Partnership brings together people and organizations who can provide support to local makers in the form of access to capital, workforce training, business development services, and marketing and business acceleration services.

“One of the things we don’t have in Portland is a go-to place for businesses, like a business startup shop or concierge service,” says van Zoen. “New York has six or seven of them. With this partnership, we can provide information to our members on where to go for help.”

While the partnership’s plans are in the early stages, the group anticipates providing tools such as a database on the PMC site that directs makers to local resources instrumental to developing their business. This could encompass such information as a list of reputable local suppliers, companies who supply loans to makers, or resources for setting up payroll. As van Zoen points out, the logistics of running a business can be a steep learning curve for makers, who often start out with a lack of business and administrative skills and thus spend excess time researching each step. With a go-to destination for accessing business resources, makers would have the guidance they need at their fingertips.

On October 31st, the Oregon Manufacturing Extension Partnership (OMEP), a member of the Portland Made Partnership, launched NWB2B — an online cloud-based tool that connects manufacturers with suppliers of goods and services in the Pacific Northwest. This tool was created as a partnership between PNDC, Impact Washington, PDC, OMEP and Portland Made.

Serving as a network of more than 4000 trusted companies, the tool allows suppliers and manufacturers to communicate with each other quickly and directly, streamlining the sourcing process. A food manufacturer, for example, might use NWB2B to find local suppliers of ingredients, packaging, labels, printing services, and equipment. Through the tool’s database and messaging system, they could assess the capabilities of potential suppliers, request and receive quotes, and communicate their specific needs in order to find the best match.

NWB2B is an example of the innovative resources within Portland’s maker ecosystem that the Portland Made Partnership aims to expand on. Free to use, free of ads, and mobile friendly, the tool will aid and empower manufacturers in developing a supply chain that’s locally based.

Another focus of the partnership is its commitment to supporting diversity and inclusion for women and minority-owned businesses. Van Zoen says that a key aspect of this commitment is reaching out to women and minority entrepreneurs when organizing panel discussions and events. “We want to ensure we have a broad array of members representing these communities,” he says.

Addressing the need for affordable makerspaces in the city, the Portland Made Partnership will also support the growth of a network of real estate dedicated to makers and manufacturers. At a time when Portland makers are being displaced, this network — called the Industrial Grange — will encompass a range of makerspaces throughout the city at varying price points, made possible by property owners committed to preserving Portland’s cultural resources.

Greg Shrock, PSU Assistant Professor of Urban Studies and Planning, says that one of the things that sets Portland’s maker ecosystem apart from that of other US cities is that it developed organically over time. “It didn’t develop because there was a grand plan five years ago to make Portland a place for makers,” he says, “it happened because enterprising people found a common mission and were communicating with each other. So with the [Portland Made] partnership, you’re seeing a maturation of that ecosystem, a growing intentionality of the resources the public sector can bring to the table.”

*If you are a maker/manufacturer or supplier interested in receiving a first-access invitation to use NWB2B, contact Linda Wechsler at lwechsler@omepdev.wpengine.com.

*If you are a property owner interested in being part of the Industrial Grange, contact us at info@portlandmade.com. 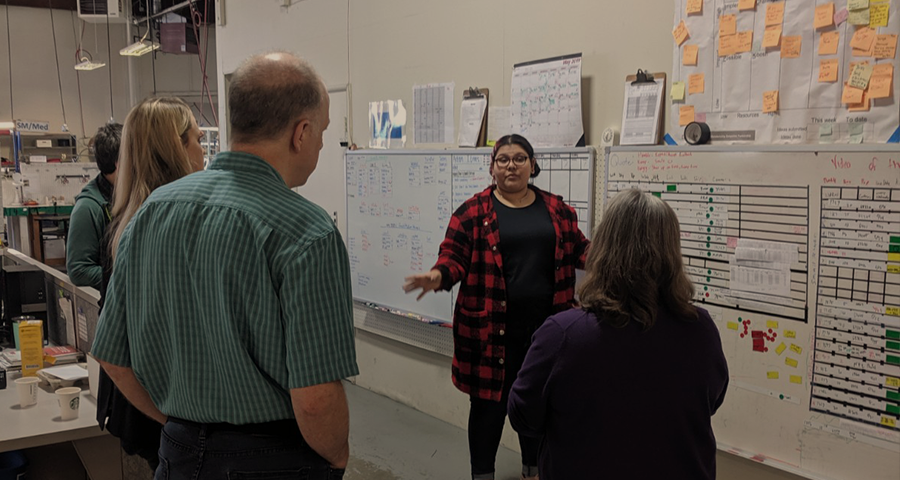 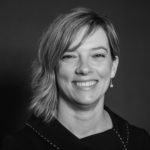