“Results-driven.”  This is how you might have described a boss that I once had.  I was a fairly new manager at the time and had just been promoted to run a department that was struggling with both delivery and quality.  My boss was definitely results-driven, which on its own isn’t a bad thing, but there was something missing from his approach that kept him from being a leader – someone I wanted to follow.  Instead of creating a desire to win, he created an environment where we worked to avoid punishment.

I don’t want to spend time today writing about leadership styles, but I would like to talk about a couple of behaviors that get in the way of leadership – which I will define for my purposes as the ability to motivate people through change and challenges – and offer some suggested behaviors to focus on instead.

My boss engaged in two behaviors that I’ve seen in others from time to time that compromised his ability to connect with me and the rest of his management team: Distance and Blame.

In terms of distance, he had three habits that I think of as contributing to the sense of “distance”.

As for blame, if the results did not match the goals he had set, then someone had failed and needed to be held “accountable”, end of story.  There was very little consideration given to the systems, processes and underlying causes of the problems we were encountering.  If there was a problem, someone should have fixed it before it ever got to his attention. Instead of blame and distance, I recommend  Presence and Curiosity.

To be present, I ask managers I work with to consider a few basic techniques that have been shown to increase their sense of presence, as a serious side-benefit, they also build trust with others.

Breathe – A time-proven technique to increase presence is to learn how to pause and breathe deeply on a regular basis.

At the beginning of the day while you consider what awaits you.  At the end of the day while reflecting on what went well and what can be done differently tomorrow.  And, most importantly, whenever you notice that you are strongly reacting to something happening around you… take the opportunity to pause, breathe deeply and relax before entering the situation.

You will find that it improves your mental clarity and problem solving skills when you give yourself a chance to step off the emotional rollercoaster of events around you.

Go See – The Japanese refer to it as the “Gemba” or “where the action is.”

In western management, we sometimes call it “management by walking around”.  I strongly encourage the leaders I work with to create intentional times when they will make the rounds on the production floor and review specific process indicators with their team.

There are two things that need to be in place for this to be effective:

Listen – Take a pause from thoughts and concerns in your head and really listen to what people are saying to you (and not saying) when you are on the production floor.

Bonus trick: take two heartbeat pauses after the person who is speaking finishes, before you reply. You will find this is all the time you need to formulate a response. By waiting, you won’t miss what they are saying as you prepare your retort.  In addition, those seconds of silence create a strong sense of presence for the people around you.

I ask leaders I work with to spend more time asking questions and less time telling people what they think.  There is a pattern of asking, formalized by Mike Rother in his book “Toyota Kata”, that I have found to be very powerful over the years. It goes like this:

Even if you already think you are good at being present and acting from a place of curiosity, I would encourage you to continue to practice.  At the end of the day results matter, but it’s our processes and individual behaviors that deliver those results.  You need to be there and be curious if you really want to move your organization in a positive direction.

A quick call with our team could uncover key areas for your business success. Put our team to work for you. We’ve been in your shoes >

As a small or mid-sized manufacturer, there are many factors that can affect your company’s profitability, both inside and outside of your control. How do you make decisions for your manufacturing company when you don’t know what will change, or which parts of your...

Developing Career Paths for Your Employees

Many employers focus on salary and benefit packages as a way to attract new hires and retain existing employees. These are table-stakes in today's economy. Smart manufacturing companies know they need to offer benefits beyond salaries and healthcare. But what? Career... 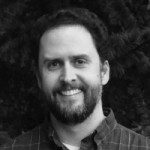