Gary Conner, one of our Senior Consultants has recently published a book titled “Lean Epiphanies: Catapult the Cow and Other Inspirational Continuous Improvement Stories”. You can read more and purchase

the book on the SME.org website. Since beginning his consulting career in the late 1990’s Gary has worked with 200 companies and conducted over 800 kaizen (continuous improvement) events; working in nearly every State and multiple Canadian Provinces. His diverse background and experience in dozens of industries includes primary and secondary woods, metals, glass and plastics; furniture, aerospace, injection molding, precision machining, electro-mechanical-electrical assembly, medical product equipment design and manufacturing, high speed printing as well as service organizations, non-profits, healthcare and even governmental agencies.

Read on for an excerpt from Chapter 4, entitled Curt’s Cat:

I lived in Newport, on the beautiful Central Oregon coast for the past ten years. One of my clients is just about an hour or so North of Newport. Astoria is a historic town on the Northern Oregon coast right on the mouth of the mighty Columbia River and has the un-enviable position of being located between the Pacific Ocean, with the accompanying weather effects common to that body of water, and the Columbia River Gorge, which at times seems to generate its own weather systems. The Gorge often acts as a funnel for scouring out cold winds from all points east including Mount Hood and her Cascade Brothers and Sisters, and directing frigid winds, ice storms, and other brutal weather features straight toward Astoria. My client makes agricultural equipment here. They produce a machine that grinds up and packs alfalfa and other grasses in long bags, allowing the storage of feed for cattle and horses right in the field; as opposed to typical baling systems which require farmers to move the hay to a storage location and then back into the fields as feed is needed.

After the peak growing season, huge combines fill 40 foot dump trucks which then back up to the machine, depositing their loads of alfalfa.  The machine grinds the grass and fills the bag like a five hundred foot long sausage.  The 8 foot tall, 500 foot long bratwurst is left behind in the field, peeled back like a banana throughout the grass’ dormant winter months, providing the animals a rich diet of nearly fresh alfalfa. The company’s sales demand requires one machine be produced every fourteen days. This was probably the longest takt time (rate of production) I had ever seen. In addition to a number of engineers, stock room personnel, and kitting teams, 5 people were primarily responsible to assemble this behemoth machine.  One of the 5 assemblers was Curt.  Curt’s responsibility was to fabricate, weld, and assemble what they called the ‘tunnel extension’.

This extension was where the farmer would hang the unfurled 500 foot long bag.  Floor space was limited, so Curt did his work in an outbuilding; really little more than a lean-to.  This lean-to provided no heat, inadequate lighting, no companionship or company except a feral cat who had taken up residence in one corner the shed.  For months, Curt shared his sandwiches with the cat in an effort to nurture the only working relationship he had. Needless to say, Curt’s working life was not a comfortable one. Because of his location (outside the main shop) he was not permitted frequent interaction with his team mates. He was isolated; he was cold in the winter time; he sweltered in the 90% plus humidity of summer. He was left to work in little better than a fog encased shack nine months out of the year. For all these reasons Curt was not happy. His only source of joy seemed to be the stray cat and chain smoking, (by the way, in an effort to minimize loneliness the war department provided cigarettes to soldiers during World War I and II).

I spent a number of days there spread over a number of months.  We applied many Lean Manufacturing tools with this company, but the one I remember most was their 5-S event, because it had such an impact on Curt. We examined materials on the shelves at the far end of the building. Much of that material had been on those shelves since they had moved into the building 16 years earlier. One of the lathes no longer worked and the other one was idle because it was no longer needed in their process.

During the 5-S event, the team dispositioned as scrap (recycled), over 20,000 pounds of obsolete material. They donated usable equipment and materials to the local community college and we cleared hundreds of square feet of floor space previously occupied by unused equipment and materials. Finally, there was enough space to move Curt into the main building! Now Curt operates right next to his team mates, in a well-lit, well heated environment.  His life got better because of Lean.

And, oh yes, they let him bring the cat! 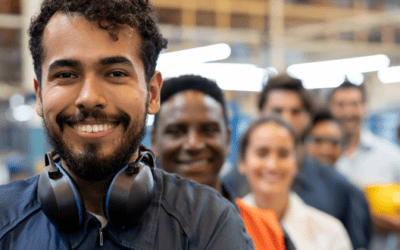 THIS IS A GUEST BLOG POST BY MATT FIELDMAN OF AMERICA WORKS, ORIGINALLY PUBLISHED ON THE NIST MANUFACTURING MATTERS BLOG Some are calling it, “The Great Resignation.” Others are calling it “The Great Reshuffle.” After spending the past year as Executive Director...

This is a Guest Blog post by Moss Adams,OMEP sponsor. Originally Published Here Your business could see a significant impact on margins when you optimize your e-commerce operations and identify opportunities for improvement during each step of the supply chain. There... 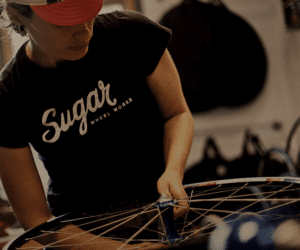 Jude Gerace recently joined OMEP as our first ever Account Executive. The team is excited to have her on board! Like most of our staff, Jude is a maker, innovator, and creator with deep experience in manufacturing. Whether you’re a seasoned leader or new to... 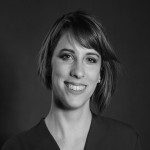