The Social Paradigm Shift, How To WIN In The Digital Age – Webinar

There’s a social paradigm shift underway — and most people don’t even know it’s happening. The stats are shocking. People around the world have embraced social media well beyond anyone’s expectations. U.S. consumers now spend a whopping 10 hours per day looking at a screen and five of those are spent on mobile devices with Facebook coming in as the #1 app by a landslide. Businesses are struggling to keep up and the skills gap keeps growing. This presentation will take an exciting look at the current digital landscape and the critical steps attendees need to take to not just compete but win in the 21st century.

Join This webinar to Learn: 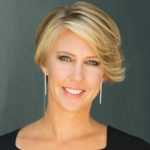 Gretchen Fox is a recognized executive, thought leader and speaker in social media & digital transformation. She provides a social vision and strategy for startups and Fortune 500 brands striving to take their business to the next level. Prior to launching MTO Agency (Made to Order) and MTO EDU, Ms. Fox served as Vice President of Social at Live Nation Entertainment, the world’s leading live entertainment company, where she built an in-house social agency servicing over 100 live music venues and superstar touring artists including Pink, Rihanna, and Jay-Z. Before joining Live Nation, Ms. Fox launched one of the first Social TV products to deliver interactive and live streaming experiences at NASPERS R&D project and Silicon Valley start-up, MediaZone. In this role, she managed online marketing for some of the world’s biggest sport properties including: AELTC’s Wimbledon Championships, IndyCar Race Control, Rugby World Cup, ING New York City Marathon, and NBC’s Winter Olympics. Her work has earned her the Billboard Magazine Top Women in Social, regular press coverage, and a role as contributing writer for Forbes online.
+ Google Calendar+ iCal Export