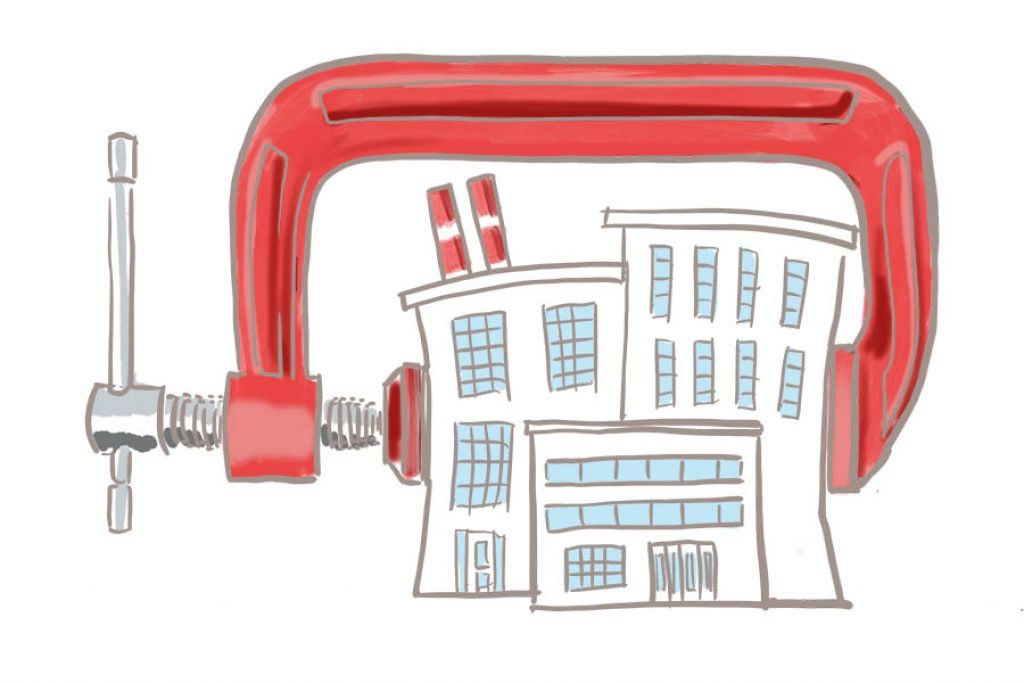 A strong economy is boosting growth at manufacturing companies, with many seeking to grow and expand to meet new sales targets.

The economic boom is also causing commercial rents to rise. This rent increase puts pressure on Oregon manufacturers, particularly in Portland, to move out of the city to locations where rents are cheaper.

The price to rent commercial space is rising in most parts of the Portland metro area. Some rents have increased more than 50% since the post-financial crisis period between 2010 and 2014 when many rents were reduced.

Mike Vanier is vice president of the Oregon Manufacturing Extension Partnership(OMEP), an organization that provides operational advice to manufacturers. Vanier says he is seeing more clients faced with the challenge of increasing rents.

Manufacturers in the food and wood products sectors fit into this category. “We are aware of a handful of companies that are investigating leaving Portland for the suburbs because of cheaper rents,” says Vanier.

But moving creates upheaval and is costly. One company approached OMEP because a new owner of a building it had rented for several years planned to redevelop the facility. The company was forced to move into a new location where its rent tripled compared to what it used to pay. It also spent more than $1 million in moving costs.

Relocating can also increase transportation costs. One manufacturer in Wilsonville that moved a production facility back to the U.S. from Asia because of trade tariffs chose to open a facility in Tacoma, Wash., to be close to the nearby port. Despite higher rents, the cost of transporting goods from the Portland area was more expensive than renting a space closer to its facility in Wilsonville.

Vanier says manufacturers often do not realize they can avoid relocating by optimizing the space in their facilities. Companies waste time and money by laying out their production lines in such a way that workers have to move around excessively.

OMEP put pedometers on employees at one manufacturer in the Columbia Gorge to measure how far they were walking in the company’s 500,000-square-foot facility. The results showed the average employee walked 5.2 miles a day. After redesigning the layout, the company cut down that distance and manufacturing capacity increased.

In an extreme example, a client in Salem that had quadrupled in size redesigned the layout of its manufacturing processes, reducing production time to five hours from four days.

Most of OMEP’s clients over the past year that faced physical limitations of space were able to stay in their facilities instead of move, says Vanier.

Despite higher rents, it seems moving really should be a last resort.

Thank you for your interest in the food safety cohort from OMEP. We will be in touch with more details and an in-depth registration form within the next few days.

In the meantime please complete this form.

Feel free to read more about FSMA cohorts from past attendees.