A major concern for most job shops has been to identify a common unit of measure that everyone can understand and that allows the application of “Takt Time” (a mathematical equation that allows you to set and maintain a manufacturing rhythm). For lack of a better term these companies need a “common denominator.”

For example, an oil pipeline manufacturer will produce 7,000 piece of pipe this year. Because of the seasonality of the industry, they will produce 5,000 during a six month period (during the winter, when the perma-frost allows their customer to perform work on the tundra). Takt time is determined by dividing available time by demand. Thus, they have a two season takt time.

They have roughly 1000 hours (6 months, assuming one shift) in each season.

It gets more complicated! This particular manufacturer creates pipes of all shapes and sizes. When we studied their PQ (product-quantity) data we found that there was actually three primary product categories. They determined that a single flange pipe (as shown in figure 1 as part “A”), would be used as their common denominator. Therefore ten units like this would be equal to ten units of work.

They determined that a product which has a second flange on the opposite end (part “B”) did not require twice as much work, but initial time studies showed that it required about 1.6 (160%) as much effort and time to produce. Therefore, 10 physical units would be assigned 16 work units.

A third category of parts (part “C”) included a flange positioned perpendicular to the pipe. This variation required 2.1 (210%) as much effort as a type “A” single flange pipe.

If they simply divide the 7,000 annual demand into the annual available time of 2,000 hours, their takt time would be .286 hours (17 minutes) per unit. This provides a false indicator however, since they would always seem to be behind while producing type “C” parts.

In order to calculate a meaningful takt time, they must use a weighted average for the current demand of all pipe variations that manufactured. For example, let’s say they sell 2,000 part A’s, and 2,500 each of part types B and C. Multiplying each quantity against the level of complexity provides a clearer picture of how much work is ahead of them in the coming year.

But we can’t forget about the seasonality.

Of course when they produce a type “C” product they will get 2.1 credits on their hour-by-hour chart.

It is common to have two or three takt times. Kind of like a three speed transmission. Any minor fluctuation in demand can be managed by adding or subtracting an hour or two per week, or a day or two per month. Takt time should not be changed very often, only when there is a sustained change in demand. 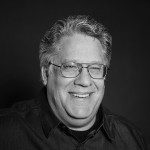