The case was South Dakota’s challenge to the physical presence nexus standard established by the US Supreme Court’s 1992 decision in Quill v. North Dakota, which required that a seller have a physical presence in a state before a state could require a seller to collect and remit sales and use tax.

Unlike the Quill case, the court didn’t consider the imposition of sales and use tax on remote sellers to be burdensome or discriminatory due to the following aspects:

As of June 21, 2018, states can potentially use the economic nexus standard established in Wayfair to require remote sellers to begin collecting and remitting sales and use tax. However, we anticipate that most states will give further guidance before requiring immediate and ongoing collection.

Remote sellers will be faced with increased burdens, including:

In 2016, the South Dakota legislature enacted Senate Bill (SB) 106, which required sellers meeting certain criteria to collect and remit South Dakota’s sales tax without the seller first being physically present in the state.

Even in states that don’t have economic nexus rules, remote sellers may also still be subject to a state’s mandatory reporting requirements—or potentially face significant penalties  if they fail to do so.

To discuss whether this development may impact your business contact a Moss Adams tax professional by emailing statetax@mossadams.com. 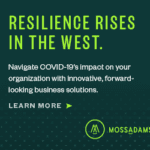