Producing ice and keeping it frozen throughout the warmest months of the year can be an energy-intensive operation. Plant managers at Arctic Glacier in Portland were already considering new measures to improve energy efficiency when a corporate-wide mandate to cut energy costs spurred them to take action. The company connected with Energy Trust of Oregon for cash incentives, technical assistance and guidance on implementing Strategic Energy Management, SEM.

Arctic Glacier has 94 facilities across the U.S. and Canada that produce and distribute high-quality packaged ice. The company’s Portland plant has 56,000 square feet of production space, an additional 37,000 square feet of cold storage and an abundance of energy-efficiency opportunities.  “We wanted to cut utility costs and we knew there were equipment upgrades we could make”, said plant manager Howard Harlow. “But we needed to know more about our options before we could get any capital projects approved.” He called on assistant plant manager Ryan Shaffner to lead the company through SEM, as its Energy Champion. “He has embraced our goal to cut costs and to be a corporatewide energy-efficiency leader,” said Mr. Harlow. In addition to capital upgrades, the company also identified dozens of no- and low-cost efficiency improvements. Warming up to the opportunities Arctic Glacier participated in SEM to learn more about managing energy use and lowering costs for the long term.

“Part of it required looking at equipment and processes and thinking about how to use them smarter,” Mr. Shaffner explained. “Another part was educating people to change behavior. At one point, we were following people and turning off lights and equipment behind them. It took a few weeks, but people started noticing and doing it themselves.”

After establishing baseline energy use, the SEM team identified dozens of potential improvements, which they tracked using an energy intensity model. This provided the team with actionable data and helped them to decide on 11 improvements to carry out during the one-year engagement. These included several no-cost actions, such as shutting down air compressors at night and packaging lines when not in use, tuning HVAC settings in office and production areas, training staff to turn off lights and raising freezer set points.

These actions helped Arctic Glacier trim its total annual electric usage by an estimated 5 percent, and save an estimated $16,300 annually.

LED lighting is a cool idea

During the SEM engagement period, the company upgraded lighting and added occupancy sensors. These projects qualified for $22,400 in Energy Trust cash incentives and save an estimated $6,800 annually. Arctic Glacier replaced metal halide fixtures with LEDs in the main cold storage area, a loading dock, the charging room and a production area. Brighter, yet much cooler than other lighting, LEDs are especially beneficial in an ice-making facility. While ice is stored long-term in the cold storage space, very few people go in there, so lighting occupancy sensors make sense as well. The lighting upgrade also included efficient T5 fluorescent exterior lighting.

An open and shut case

Arctic Glacier has achieved significant energy savings from additional efficiency projects. “With Energy Trust incentives and solid performance data in our corner, we secured corporate approval for a freezer door upgrade that had been on our radar for years,” said Mr. Shaffner. The company’s main cold storage area is approximately 25,000 square feet with two doors, one on the east and one on the west side of the facility. Strip curtains covered these entrances after the old doors broke, and were propped open with the motors disconnected. “Not only was this highly inefficient, but it was like pouring money down the drain,” said Mr. Shaffner. Two new high-speed doors came to the rescue. Not only are they saving an estimated $8,100 in annual energy costs, but the doors improve traffic flow and worker efficiency. A single door slides open left to right on a rail at a rate of up to 125 inches per second, triggered by a motion sensor. This means forklifts don’t have to stop before moving through the doorway. Thin but well insulated, the doors are durable and feature a highly efficient threelayer perimeter seal, which maintains consistent cold temperatures.

Part of SEM required looking at equipment and processes and thinking about how to use them smarter. Another part was educating people to change behavior. Ryan Shaffner, assistant plant manager and Energy Champion, Arctic Glacier

Arctic Glacier’s most recent project, adding refrigeration controls to the main freezer, has been a huge energy saving success, much to Mr. Harlow’s surprise. “I was extremely skeptical that they could do what they promised,” said Mr. Harlow. “But I’ve seen the savings on a few months of our power bill. I was happy to be proven wrong on this one.” The new freezer controls have precise temperature regulators and sensors that measure frost build-up and trigger the defrost cycle only when needed, an improvement over the previous system that automatically kicked on at predetermined intervals four times a day. With eight freezer coils defrosting four times a day, the equipment was running 32 individual defrost cycles a day. The new regulators have cut that total to eight. Fewer defrost cycles cut down on compressor activity and reduce the heat generated by the defrosters. The new controls are saving an estimated $18,500 in energy costs annually. User friendly and precise, the system allows Arctic Glacier to regulate the cold storage temperature within one-half of a degree. “We’ve been able to raise our freezer set point to maintain a perfect 20 degrees, a feature that has been supported by the highspeed doors,” said Mr. Shaffner. “The control system produces daily graphed data so the company can easily measure and monitor results, and it will alert maintenance immediately should there be a problem.

“The cost savings and efficiency have been excellent,” said Mr. Harlow. “I can’t imagine why every facility doesn’t upgrade to this technology.” 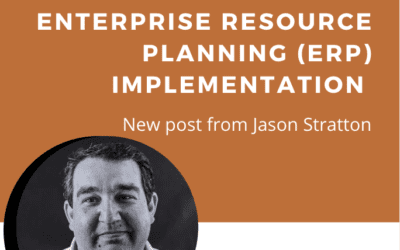 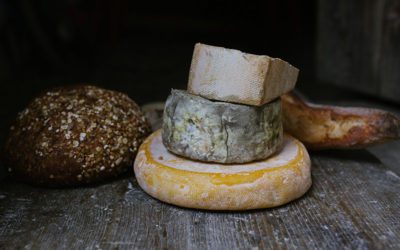 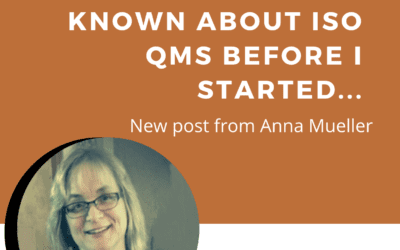 A Quality Management System provides the structure for your organization to set up the necessary processes to achieve product or service realization. It will help you prioritize process controls to ensure consistent and reproducible results. The seven principles at...