CNOC Outdoors was founded in 2017 by outdoor enthusiast Gilad Nachmani. After he went on one of many trips to the Scottish Highlands, his last commercially made trekking poles broke. Frustrated with the idea of spending hundreds of dollars on a new pair, he set off to prove you can make trekking poles cheaper. In 2017, after a trial by fire in hardware manufacturing (and a move from the UK to Oregon), CNOC was established and ready to make the first item on Gilad’s perfect gear list: a simple, light water collecting bottle that would work with his Sawyer Squeeze. After lots of development, handshaking and a successful campaign on Kickstarter, the Vecto was born. CNOC was founded to create amazing gear that everyone wants but no one makes. 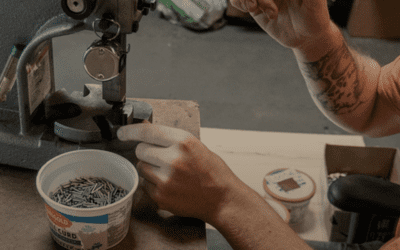 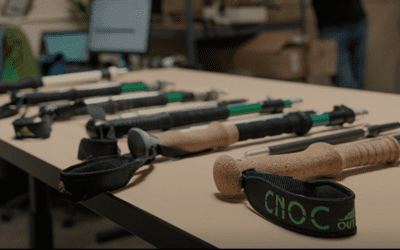 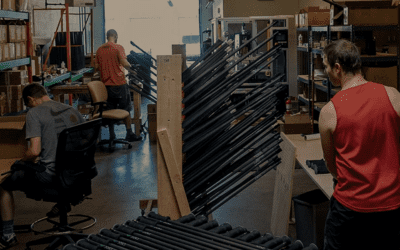 CNOC sought assistance from OMEP to create the processes and systems needed to effectively assemble the poles. He desired to create a strategic plan to grow the overall organization as they continue to expand product lines.

OMEP partnered with CNOC to develop a current and future state value stream map of the processes encompassing the full order to cash cycle for the trekking poles. Value stream mapping (VSM) is a diagnostic tool used to identify waste and improve flow in company processes throughout the organization.

Along with the value stream map, OMEP worked with the team to create a 3-year Business Model & Strategic Plan. As part of their analysis, they Identified strengths, weaknesses, threats, and opportunities for CNOC. After refining their value proposition, the CNOC team aligned their mission, vision, values to best meet the needs of their key customer segments. Finally, OMEP partnered with the team to determine distribution channels, key resources/activities/partners through a business model canvas. On the financial side, they defined their cost structure, revenue streams and built a 3-year financial model with an action plan to transition to the new business model.

CNOC has successfully launched their hiking poles, as well as their water bladders. Through the implementation plan the CNOC team has been able to follow the guide to make improvement efforts to reach their workflow goals with extensively less waste. The transition to the new business model has been successful, and aside from retaining 3 existing staff, CNOC has grown its team by four.

When we contacted OMEP we knew how to design and sell products and were just opening our first in-house workshop and needed help. OMEP helped bridge the gap between our ideas to make them into products that we can sustainably produce and offer to our customers.