After discovering a recipe that had been in his family for decades, Michael knew that his family had something special, and he needed to share it with the rest of the world. Michael’s enthusiasm for developing this product never waned. For months he developed, tested and iterated on his family recipe from his home kitchen. Today, Pan’s Mushroom Jerky is available in over 3000 stores in the United States such as Kroger, Whole Foods, and Natural Grocers. They also sell direct-to-consumer via Pan’s e-commerce platform, Amazon, and other online platforms. Pan’s appeared on Shark Tank in late 2020 and secured a deal with Mark Cuban. 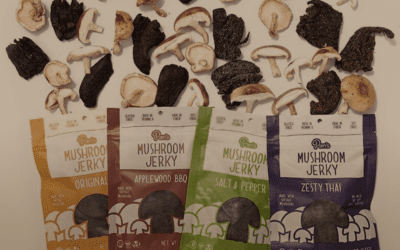 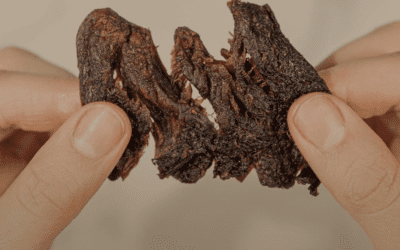 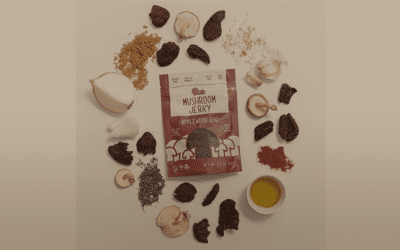 Poised for significant growth from wholesale and direct to consumer market channels, Pan’s leadership team knew they needed to significantly increase their capacity. They began building out new space. To achieve growth objectives, Pan’s reached out to OMEP for assistance with their facility expansion, bringing in additional equipment, implementing strategic automation, and improving fulfillment capabilities. The team at Pan’s desired to accomplish all those elements with a lean and continuous improvement foundation to ensure they were set up for a successful future as the business continued to grow.

To support Pan’s drastic growth, OMEP partnered with the team to create a plan for the new layout that would allow Pan’s to reach their target capacity. Beginning with a tool called the Value Stream Map (VSM), OMEP created several rounds of facility layout programming via 3d modeling.

Designed to create an efficient facility layout with as many non-value-added activities (NVA) removed as possible, the layouts optimized processes based on constraints of the building and new equipment. Meetings included leadership and production employees to layout the space based on lean manufacturing and optimizing for capacity and flexibility. A Certified Enterprise Integrator (CEI) was consulted for mass flow diagraming.

As part of the VSM the team learned that there was room for improvement in the temperature sensor part of production. At that time, temperatures for formulas were taken by hand using candy thermometors and were not always reliable. To streamline this process the OMEP team implemented an Internet of Things (IOT) temperature sensor that automates measurements and reports data out at regular intervals.

To assist in equipment procurement, OMEP created financial modeling, including IRR and ROI calculations as well as a functional system specification list for the machines needed, as defined by the VSM.

To continue the firm continuous improvement foundation, OMEP trained staff in lean fundamentals. Lean is a management system that engages all employees in finding and solving problems or “waste” on a daily basis in all aspects of the business.  Together the team focused on short-term wins to improve understanding of concepts, as well as improving current capacity utilization. The OMEP team created a capacity tool to understand current capacity and built a visual board for daily target/actual output tracking. This opened up communication between shifts and all levels of the business. Additionally, standard work was created for training as well as documentation of key processes. This enables new hires to be trained effectively and begin adding value quickly.

As the team begins to work with contractors for their buildout, OMEP will continue to support by pulling plans and process items together, allowing Pan’s team to stay focused on growth and production. By building a continuous improvement mindset in staff, and creating layouts for optimal flow, significant capacity improvements were realized. The team is now able to produce 4 times more jerky than before.  Moving forward they will focus on filling out other parts of their building and installing specialized machinery.

They retained most sales (over $2M) and doubled their manufacturing space. Launching with an additional 2000+ retail and online partners, Pan’s also added 8 jobs to their facility and saved over $120,000 in costs by improving flow & eliminating waste to improve productivity, reducing material and labor waste. Pan’s is poised for continued growth and now has the strong foundation of lean principles to guide their way.

Implementing the lean manufacturing principles we’ve learned from OMEP has set a strong foundation as we continue on our growth trajectory.